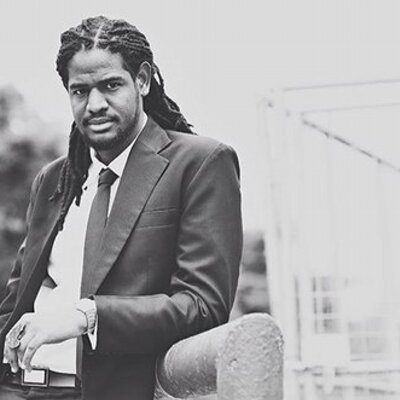 Berklee College of Music student Richarde Bereaux feels the world is absolutely ready for T&T’s music. However, there’s a “but”.

“The world is ready, but we need to be ready to lyrically connect with the audiences outside. To the DJs of T&T: support your local people. If you block your own people on the radio, (the industry) will never succeed. Plus, there are so many other Trini artists doing other music other than soca!”

Originally from Cocoyea Village, San Fernando, the nephew of vintage calypso performer David Bereaux is scheduled to graduate from Berklee with a major in professional music studies in May 2015. He is back in Trinidad this month for a series of fundraising concerts toward the final leg of his education.

“Anyone who says they are associated with the music industry in T&T needs to understand their identity and stop trying to be like everybody else,” Bereaux said. “Be original and unique. Be whoever you are: be colourful, be Carnival, be hype. Just be Trini.”

He was introduced to pan at the age of five under the direction of Curtis Pierre of Dixieland Steel Orchestra. At St Benedict’s College, he recalled, there was no real support for musically-inclined students. However, he pushed himself even harder to attain success in music–”out of pure bad mind”.

He has also played with south steelband Skiffle Bunch and then on to Golden Hands Steel Orchestra under the baton of Franka Hills-Headley. He stayed with Golden Hands for the rest of his adolescence and attained the majority of his accolades and awards through the biennial T&T Music Festival.

In 2007, he entered the University of the West Indies to pursue a BA in musical arts and received a scholarship from the Music Literacy Trust for outstanding skill on the national instrument.

He formed his first band On_da_grong, a joint collective with T&T spoken word artist Kyle “Skeeto” Amos. His current band Lutionaires–with some 12 members–made its debut performance at a 2013 concert at Sapa entitled Moving On. It was Bereaux’s first Berklee fundraising effort.

“The name of the band is a derived from the word ‘revolutionaries’. We want to create something so different it would be a revolution.”

The band hosts a second fundraiser, #NewLife #NewRoots, on August 10 at the same venue. “For this show there will be three different keys players: Emile Fortune, Ron Charles and Aiden Hagley. On bass will be Jeremy McIntosh; two drummers, Darron Roberts, Alpha Simpson; percussionist Tinika Davis; and on guitar, Kashiff Wilson.”

Bereaux plays tenor pan in the ensemble. “We do covers as well as my originals, but the aim is to do different types of music, so we do jazz primarily, and throw in reggae, hip hop, R&B, soca and soul. We do anything that feels good.”

Bereaux is one of only two student pannists currently at Berklee. He lives his message of working together as musicians to face challenges at the school.

“There is not much of a pan programme at Berklee, but now the steelpan has its own space within the percussion department. Apart from me, the only other pannist is a guy from Canada with Caribbean roots. So we cohesively tried to work together. It’s the only way to achieve progress”.

Bereaux said the Caribbean is represented at Berklee by students from the Bahamas, Barbados, Antigua, Grenada and Trinidad.

“We (the Caribbean students) did an ensemble concert this semester. We basically had a sold out crowd and when you see the appreciation that foreign people have for our culture it’s amazing. They were going crazy in the place where we performed!

“We did three genres, zouk, reggae and soca, and we tried to focus on Caribbean artistes such as Bunji Garlin, Tarrus Riley and others.”

Even though his principle instrument is the steelpan, Bereaux has been working on vocals, song writing, music production and making networking connections in the US industry. His plan is to release a seven-track album with a few videos for distribution in a Electronic Press Kit at the end of Carnival 2015.

“Whoever that artiste is for Trinidad to do that worldwide thing is still coming. Bunji is doing it right now and he is starting to push the door open further, but the only way to continue to break down those barriers is to support one another and come together.

“There is no secret to success; everybody just needs to be on the same page. There is no other way to do it. “