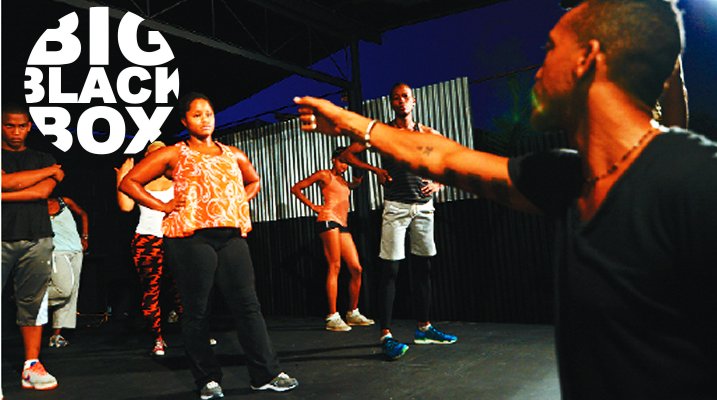 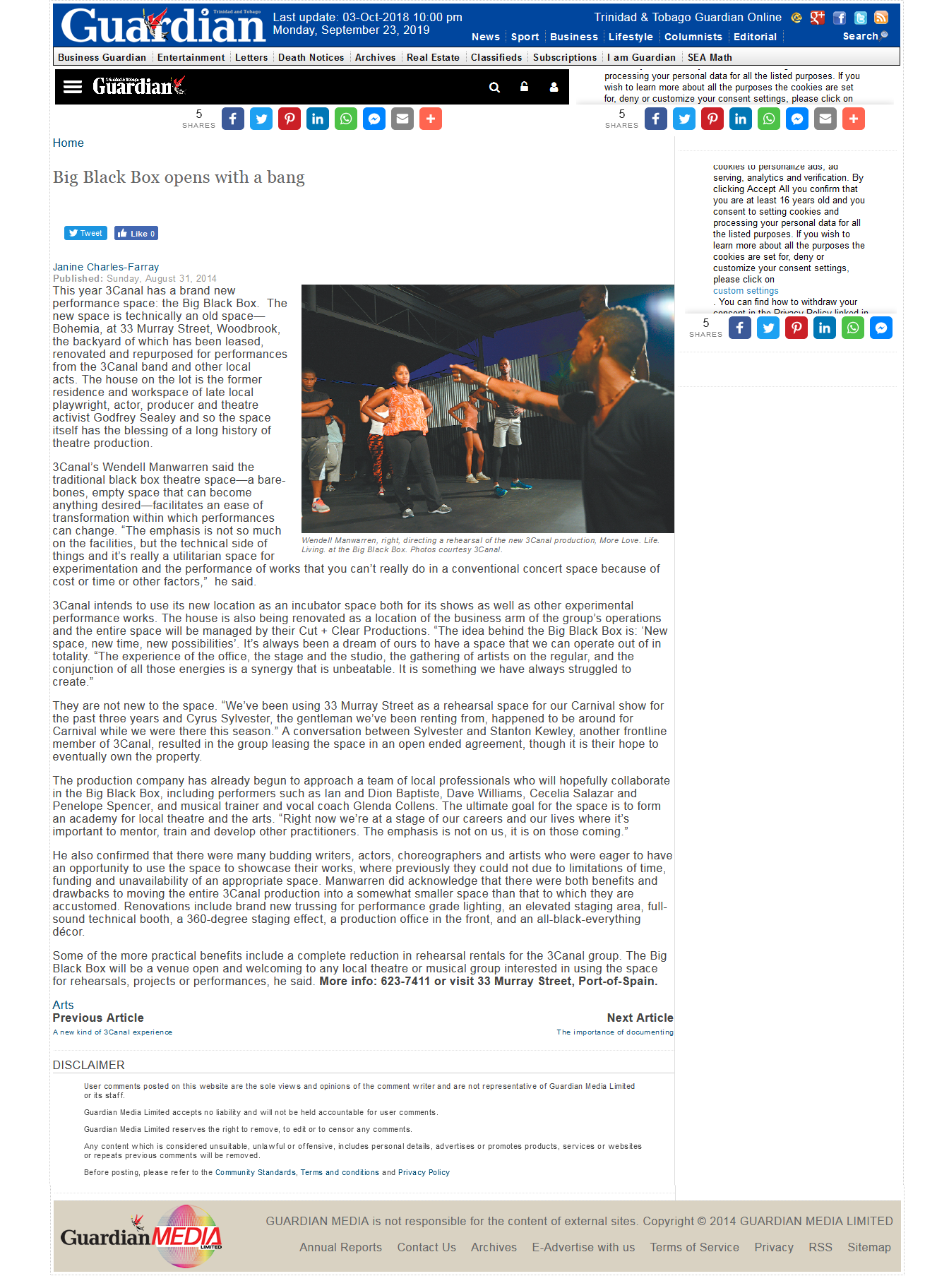 This year 3Canal has a brand new performance space: the Big Black Box. The new space is technically an old space–Bohemia, at 33 Murray Street, Woodbrook, the backyard of which has been leased, renovated and repurposed for performances from the 3Canal band and other local acts.The house on the lot is the former residence and workspace of late local playwright, actor, producer and theatre activist Godfrey Sealey and so the space itself has the blessing of a long history of theatre production.

3Canal’s Wendell Manwarren said the traditional black box theatre space–a bare-bones, empty space that can become anything desired–facilitates an ease of transformation within which performances can change. “The emphasis is not so much on the facilities, but the technical side of things and it’s really a utilitarian space for experimentation and the performance of works that you can’t really do in a conventional concert space because of cost or time or other factors,” he said.

3Canal intends to use its new location as an incubator space both for its shows as well as other experimental performance works. The house is also being renovated as a location of the business arm of the group’s operations and the entire space will be managed by their Cut + Clear Productions.”The idea behind the Big Black Box is: ‘New space, new time, new possibilities’. It’s always been a dream of ours to have a space that we can operate out of in totality.”The experience of the office, the stage and the studio, the gathering of artists on the regular, and the conjunction of all those energies is a synergy that is unbeatable. It is something we have always struggled to create.”

They are not new to the space. “We’ve been using 33 Murray Street as a rehearsal space for our Carnival show for the past three years and Cyrus Sylvester, the gentleman we’ve been renting from, happened to be around for Carnival while we were there this season.”A conversation between Sylvester and Stanton Kewley, another frontline member of 3Canal, resulted in the group leasing the space in an open ended agreement, though it is their hope to eventually own the property.

The production company has already begun to approach a team of local professionals who will hopefully collaborate in the Big Black Box, including performers such as Ian and Dion Baptiste, Dave Williams, Cecelia Salazar and Penelope Spencer, and musical trainer and vocal coach Glenda Collens.The ultimate goal for the space is to form an academy for local theatre and the arts. “Right now we’re at a stage of our careers and our lives where it’s important to mentor, train and develop other practitioners. The emphasis is not on us, it is on those coming.”

He also confirmed that there were many budding writers, actors, choreographers and artists who were eager to have an opportunity to use the space to showcase their works, where previously they could not due to limitations of time, funding and unavailability of an appropriate space.Manwarren did acknowledge that there were both benefits and drawbacks to moving the entire 3Canal production into a somewhat smaller space than that to which they are accustomed.Renovations include brand new trussing for performance grade lighting, an elevated staging area, full-sound technical booth, a 360-degree staging effect, a production office in the front, and an all-black-everything decor.

Some of the more practical benefits include a complete reduction in rehearsal rentals for the 3Canal group. The Big Black Box will be a venue open and welcoming to any local theatre or musical group interested in using the space for rehearsals, projects or performances, he said. More info: 623-7411 or visit 33 Murray Street, Port-of-Spain.